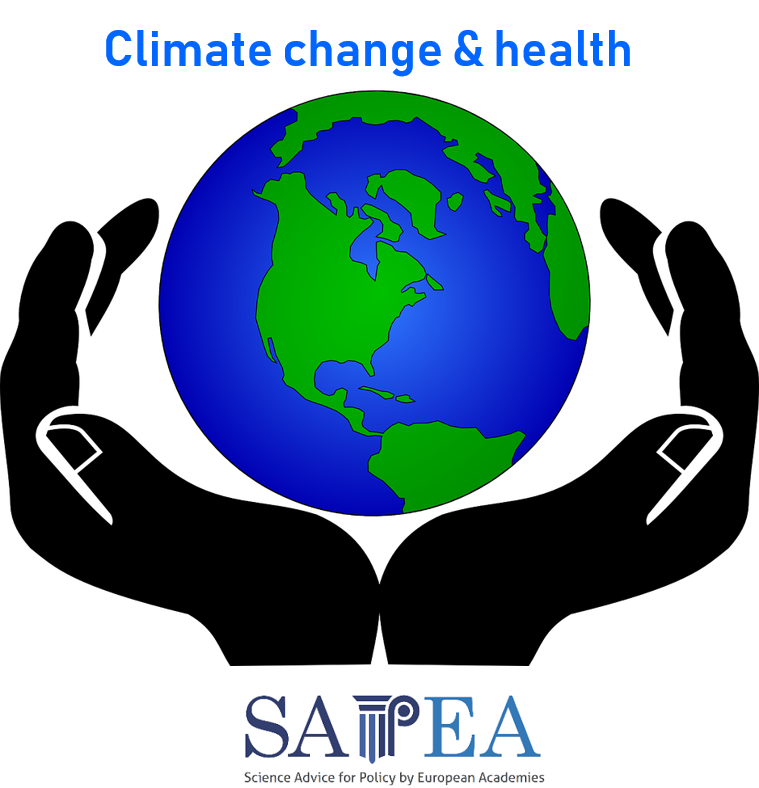 Scientific evidence demonstrates that global climate is changing. Anthropogenic emissions have largely contributed to global warming with a consequential increase in the adverse effects to human health, an increase in morbidity and mortality and amplification of health risks. Responding to climate change involves a two-pronged approach: reducing the emissions of greenhouse gases (GHGs) (mitigation); and taking actions to help individuals, communities, organisations and natural systems to deal with those consequences of climate change that cannot be avoided (adaptation). Translating this in the context of health impacts, the World Health Organisation (WHO) defines adaptation as the process of ‘designing, implementing, monitoring, and evaluating strategies, policies and programmes to manage the risks of climate-relevant health outcomes’.

The European Scientific Advice Mechanism (SAM) Group of Chief Scientific Advisors will provide scientific advice based on existing evidence on the health impacts of climate change to inform future policy decisions in the field of adaptation. The Opinion will address the following question:

Which adaptation measures could effectively strengthen the resilience of the health sector in Europe in view of climate change, with special regard to vulnerable groups, regions and the urban environment, considering specifically impacts from vector-borne infectious diseases and the combined effect of climate change (especially heat waves) and air pollution?

The Opinion is restricted to human health, with a focus on Europe within a global context. The Opinion will consider the evidence on the various health impacts and the effectiveness of adaptive measures, and possibilities for co-beneficial health gains of the integration of mitigation measures in a cross-sectoral comprehensive way. Based on this, the Opinion will propose policy recommendations for adaptation measures at EU level. In order to synthesise the evidence reviews as carried out in four recent major reports (EASAC, WHO, IPCC, Lancet) on Climate Change and Health, the GCSA, supported by SAPEA is organising a one-day expert workshop. The conclusions from the workshop will support the planned Opinion of the GCSA on this topic.

Experts who are selected will participate in the expert discussion workshop on 7th June 2019 (10:15-16:15) in Brussels. The organisational lead network for the topic is FEAM (Federation of European Academies of Medicine) working closely with Academia Europaea, EASAC, Euro-CASE and ALLEA, the other European Academy Networks in SAPEA.

Science Advice for Policy by European Academies (SAPEA) brings together outstanding expertise in engineering, humanities, medicine, natural and social sciences from over 100 academies, young academies and learned societies across Europe. SAPEA is part of the European Commission’s Scientific Advice Mechanism. Together with the Group of Chief Scientific Advisors, it provides independent scientific advice to European Commissioners to support their decision-making.
SAPEA is funded by grant 737432 from the European Union’s Horizon 2020 programme.