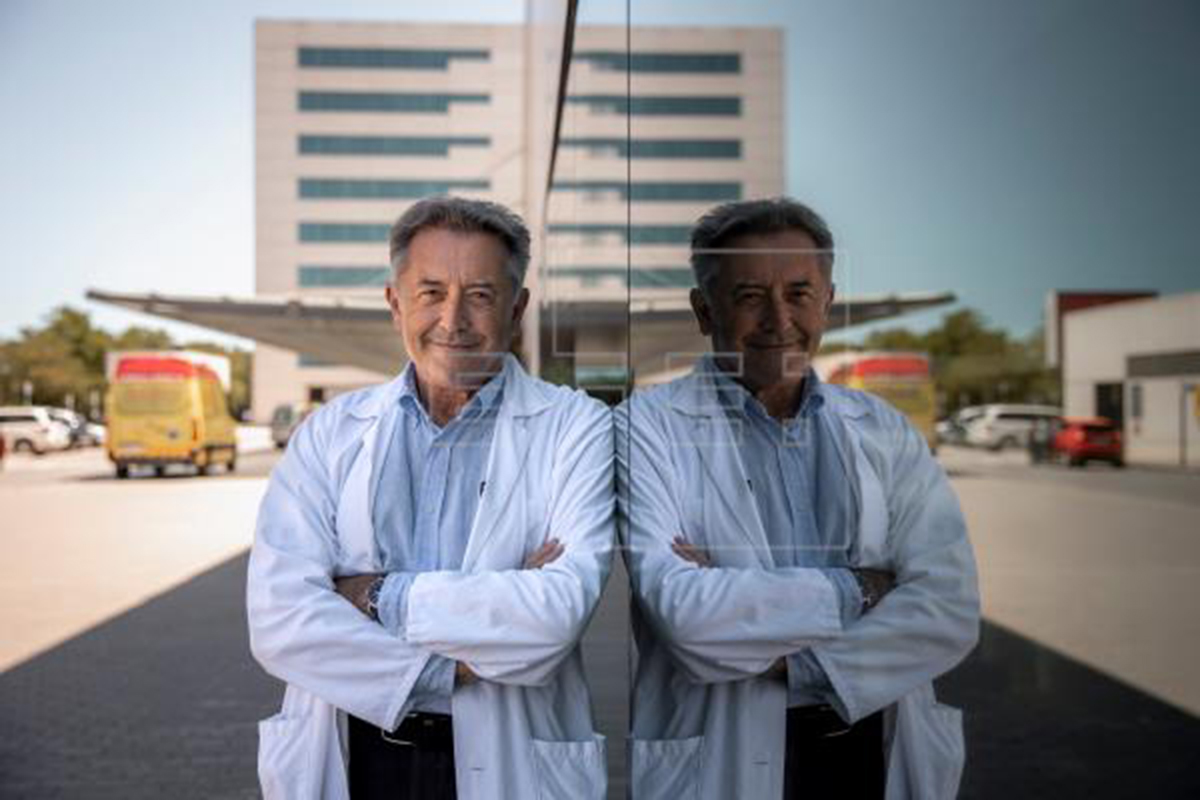 The new vice-president of the Federation of European Academies of Medicine (FEAM), Dr. Luis Martí-Bonmatí, has highlighted to EFE the importance that in emergency situations such as the current pandemic, both policies and scientists and the flow of data from the different countries “be coordinated.”

Martí-Bonmatí, director of the Clinical Medical Imaging Area of ​​the Hospital La Fe de València, is the second Spaniard to hold a managerial position in this entity that advises the European Commission on issues of health, data digitization and crisis situations and emergencies.

For three years, until 2024, he will hold the position in the Federation, an advisory body that promotes cooperation between the National Academies of Medicine, Pharmacy and Veterinary Medicine of the European region of the World Health Organization (WHO) and in which they are all EU countries represented.

FEAM during the pandemic

During the coronavirus pandemic that has affected globally since March of last year, the FEAM has had “relevant initiatives” related to the flow of health data in the context of the health crisis in order to produce European statistics and monitor the expression of the disease in each country.

“The flow of health data between countries, institutions and governments is important to guarantee that measures and decisions can be taken that are not only standardized but mainly consensual, accepted and validated in an environment that is very similar, such as that of the health in Europe, “he told EFE.

This entity will include aspects such as COVID-19 but also other situations such as health problems related to immigration that, as indicated, can also create emergency situations, or any other catastrophe that could emerge “and that should have a common European position as soon as possible “.

According to Luis Martí-Bonmatí, in aspects such as investments in research and science there are “many differences” between the different European countries.

“One of the objectives set within the FEAM is not only to know these differences but also, and mainly, to propose the actions that allow them to be leveled upwards so that all countries have knowledge, capacities and attitudes that are aligned and cohesive for the improvement of health, not only in Europe but also around the world, “he says.

Martí-Bonmatí underlines the importance of the concept of “one health” for the European Federation: the entity understands that only by taking care of the natural environment (the health of forests, lakes and rivers), of animals and of people “will we go in good line “.

As he indicates to EFE, this concept of a single health “we will see it more and more, because it is one of the strategic lines of the FEAM that it transmits to the European Union to coordinate all actions in environmental, animal and human health”.

It highlights the “luck” that Europe has to have professionals “very involved” in these three aspects of health and with systems that are very protective of the individual, and advocates uniting data flows “with security and privacy” and doing so in environments of “responsibility”.

Regarding the false news that circulates around health issues, he explains that in the FEAM there is a section for monitoring these “fake news” and the entity has the “obligation” to advise the European Union on the veracity of any news that the European Commission suggests that they evaluate.

Thus, he believes that “the work that the Academy has to do is related to the processing of data to skew those that are relevant, since sometimes the European Commission needs clarifications from its Academies”.

Dr. Martí-Bonmatí directs the Biomedical Imaging Research Group -IIS belonging to the La Fe Health Research Institute, whose mission is to promote and develop the use of imaging techniques and the biomarkers of them are extracted to optimize the diagnostic and therapeutic efficiency of medical imaging.

In addition, he has the Gold Medal of the European Society of Radiology, the highest recognition given by this entity to leading professionals in their field, and he is a Number Academician of the Spanish Royal Academy of Medicine since 2016, where he occupies the seat number 13 dedicated to Radiology and Radiodiagnosis.*

*The image and text reproduced here are the result of the work of the Spanish Agency EFE. FEAM has merely translated the interview with its vice-president Professor Luís Martí-Bonmatí (Spanish Royal Academy of Medicine). You can read the original text in Spanish, by the journalist Tejerina Shell, here.