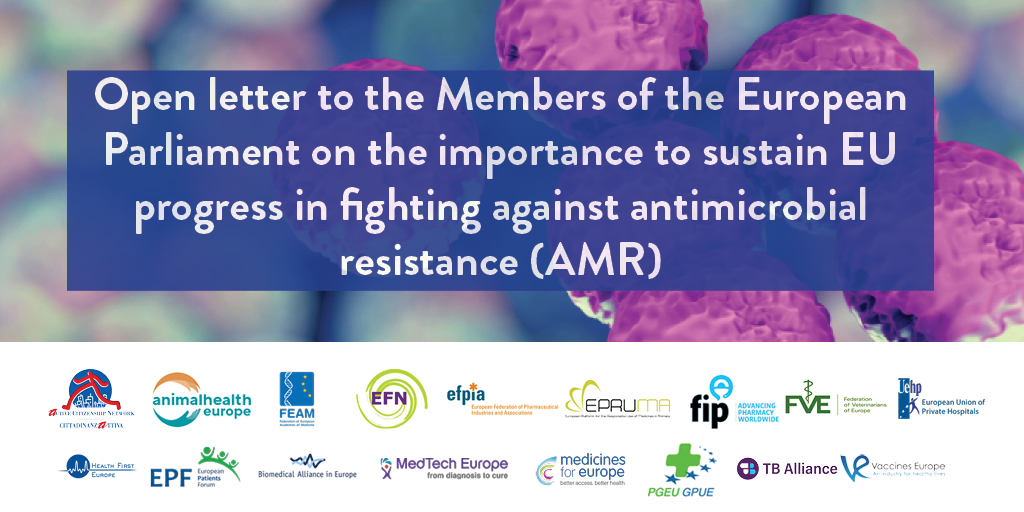 FEAM has joined 16 organisations active in human and animal health in sending an open letter to Members of the European Parliament urging them to bring antimicrobial resistance (AMR) to the forefront of EU interinstitutional discussions and to support the establishment of a dedicated AMR parliamentary group.

AMR is a major and complex public health threat that requires concerted efforts, involving all stakeholders. AMR is estimated to be responsible for 33,000 deaths per year in the EU alone [1] and 700, 000 deaths per year globally, including 230,000 deaths from multidrug-resistant tuberculosis [2]. It has been calculated that the extra healthcare costs and productivity losses due to multidrug-resistant bacteria in the EU total €1.5 billion each year [3]. AMR is also a threat to animals, as it can cause health and welfare problems.

The undersigned civil society organisations and stakeholders believe in the need for cooperation to sustain continued and targeted EU action to address AMR. Like many significant healthcare challenges, no single actor has the answer and wide-ranging stakeholder collaboration is needed to tackle AMR. It is only through concerted action across all sectors and stakeholders that effective solutions can be found. In other words, taking a One Health approach, as recognised by the European Commission in its 2017 European One Health Action plan against AMR.

The European Parliament has an important role to play in ensuring that the EU remains on the front line of the global battle against AMR.

FEAM and the signing organisations look forward to working with the Members of the European Parliament to sustain EU progress in fighting against AMR.